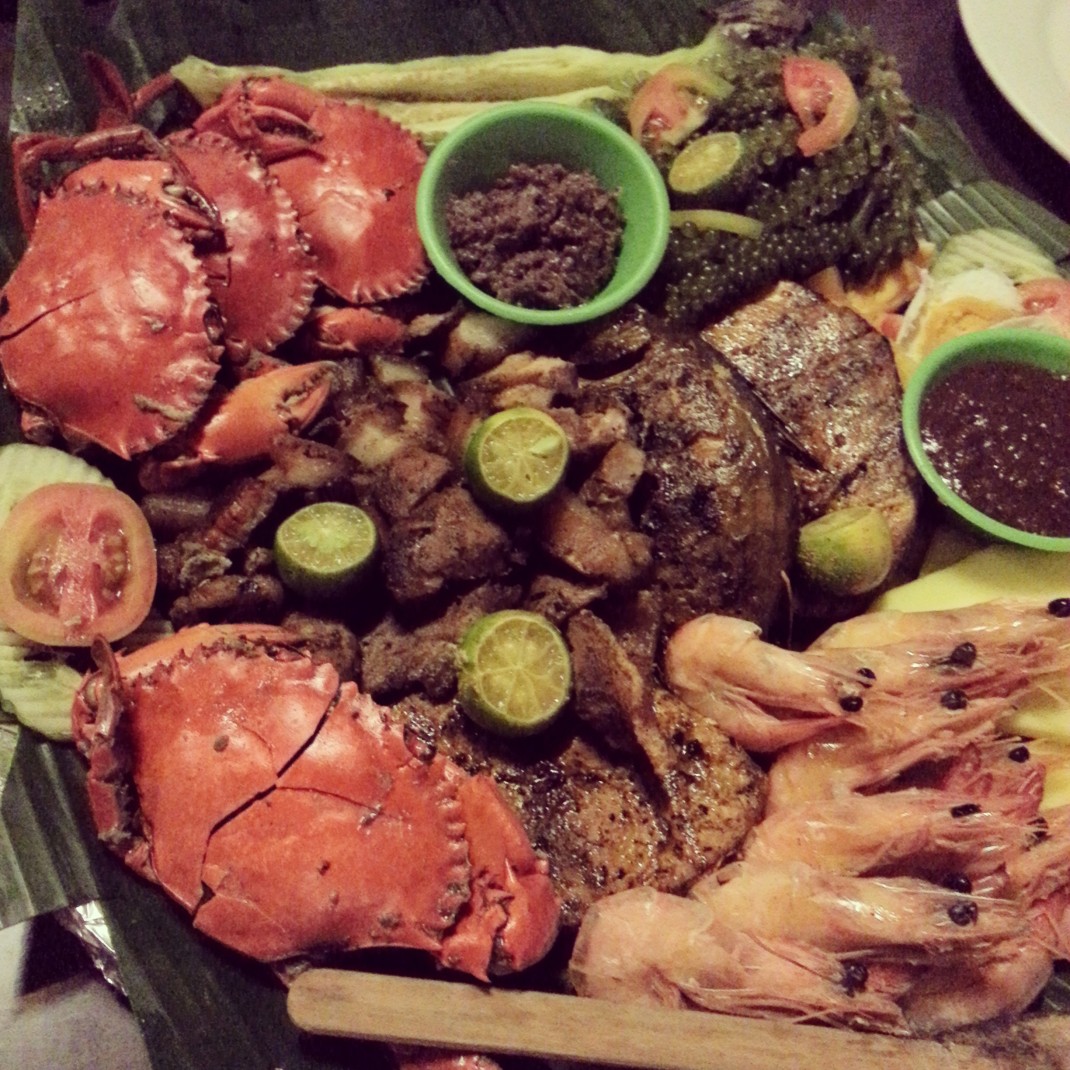 Communal dining has always been a fave of mine.  From grilling Korean samgyupsal (pork belly) to sharing 10 heaping plates of food on a Lazy Susan for Chinese New Year, there’s something about partaking from a shared table that just feels right.  In fact, I don’t know of many places in the Philippines (excluding the more modern establishments of course) that cater specifically to individuals.  From soups to entrees, everything’s about sharing the love and so I was excited to try the food at Bilao at Palayok during our short trip to the islands of Palawan.  A bilao is a large, woven, tray-sized “plate” meant to hold several dishes at once to serve multiple people.  A palayok on the other hand is a large clay pot used for a variety of dishes from stews to soups and even rice.  The name itself implied that this was a place for large servings and large groups.

And there it was: smack dab in the middle of Rizal Ave stood a giant palayok; more kitsch than grandeur.  True to its love for all things large, the place was a sprawling complex, complete with faux bridges, huts, and walkways that made it seem more like a resort stop than a restaurant.  We had to trek through winding pathways to finally reach the bar area where several waitresses were lounging around, texting on their cellphones.

We requested seating near the outside (where a hostess should’ve been waiting for us) and only this second time through the place did I notice that a place that could’ve held hundreds was only occupied by a table of French tourists and a family of locals.

We cracked open the menu and I was pleased to find favorites: Sisig (pork innards), Pusit (Squid), Kinilaw (Filipino ceviche), and various barbecued meats were well-represented and the prices reasonable.  We attempted to order the “Ihaw-ihaw sa Bilao” (Ihaw means “grill”).  And I say attempted as almost half the dishes were inexplicably unavailable.  No baked clams, so we added a tuna filet.  No squid, so we added 2 extra crabs.  When asked if we could substitute with similar items from the rest of the menu, the waitress replied by saying that the food was already “portioned off”.  Well good lady, if it indeed was “portioned” off, then why is this particular dish missing some of its “portions”?  And are you then saying it’s difficult to “portion” the other dishes as substitutions?  Is it that much harder to maybe add a few Calamari in there?  Seems like this was one bilao that wasn’t going to be full. 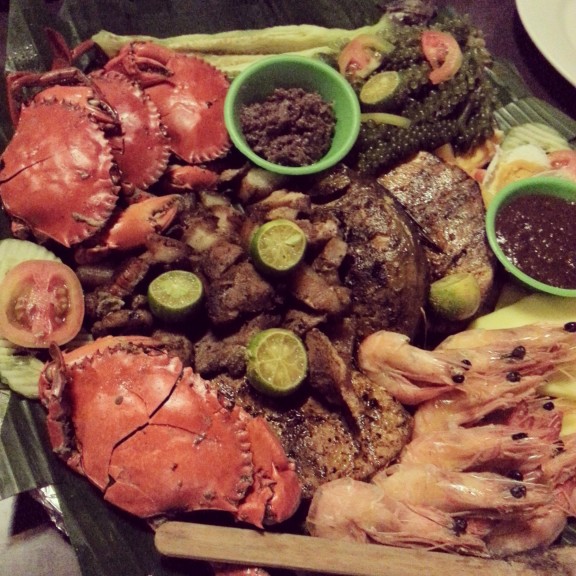 Still, the price was reasonable, the ambiance amazing, and we were optimistic so we ordered a side of Chicarong Bulaklak (crispy pork innards) and Sinigang na Tuna Belly.  The food arrived and we weren’t (too) disappointed.  The spread included: 2 tuna filets, 2 fried danggit (rabbitfish), 4 steamed crabs, shrimp, some grilled pork, lato (a type of seaweed whose leaves look like tiny grapes), salted egg, grilled eggplant, green mango, and rice. 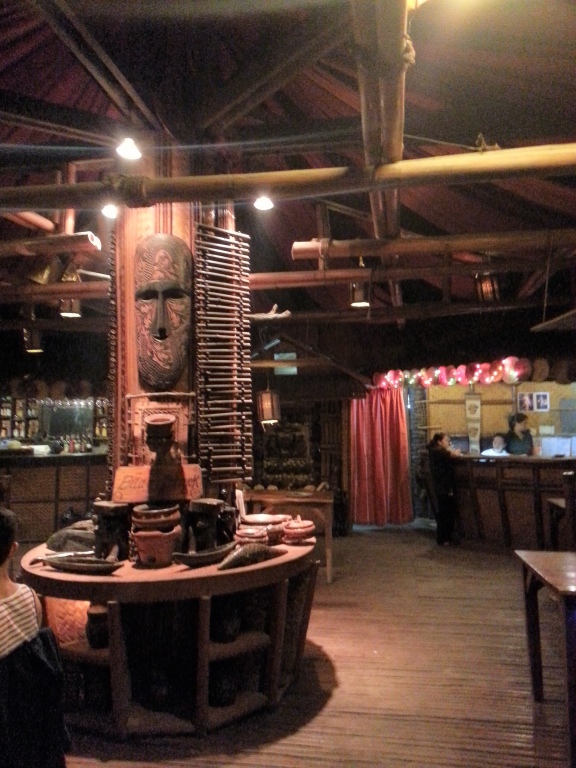 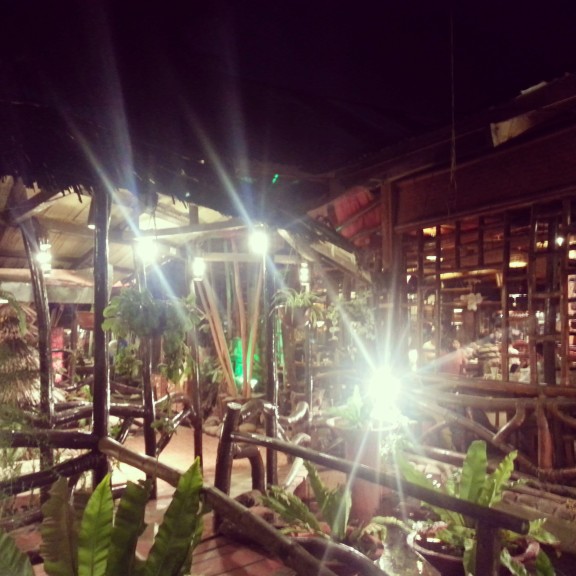 All in all a good meal.  The lato in particular had a firm crunch and a satisfying burst of brininess.  The fish a tad bit dry but forgivable given the well-seasoned pork and the on-point presentation.  The rest didn’t disappoint, but they didn’t wow us either.  Seeing as the majority of the clientele were European tourists, I guess the place’s main selling point was its “native” eating experience.  However, what Bilao gained in flavor and presentation, it lost in service.  Slow, almost non-existent, with little in the way of “selling” the customer on what was good, we were simply given a bell to ring should we need anything while the staff went back to their games of Candy Crush or whatever it was they were doing on their phones.  A pity for such a full menu that deserved to be tasted in its entirety with family and friends (if it were actually available).

Bottom line: good deal if you don’t mind the service hiccups.  Come with a group, eat with your hands, snap a few pictures, and call it more of a “dining experience” that wins on the latter part of the phrase and falls a few cups short of a palayok on the former.