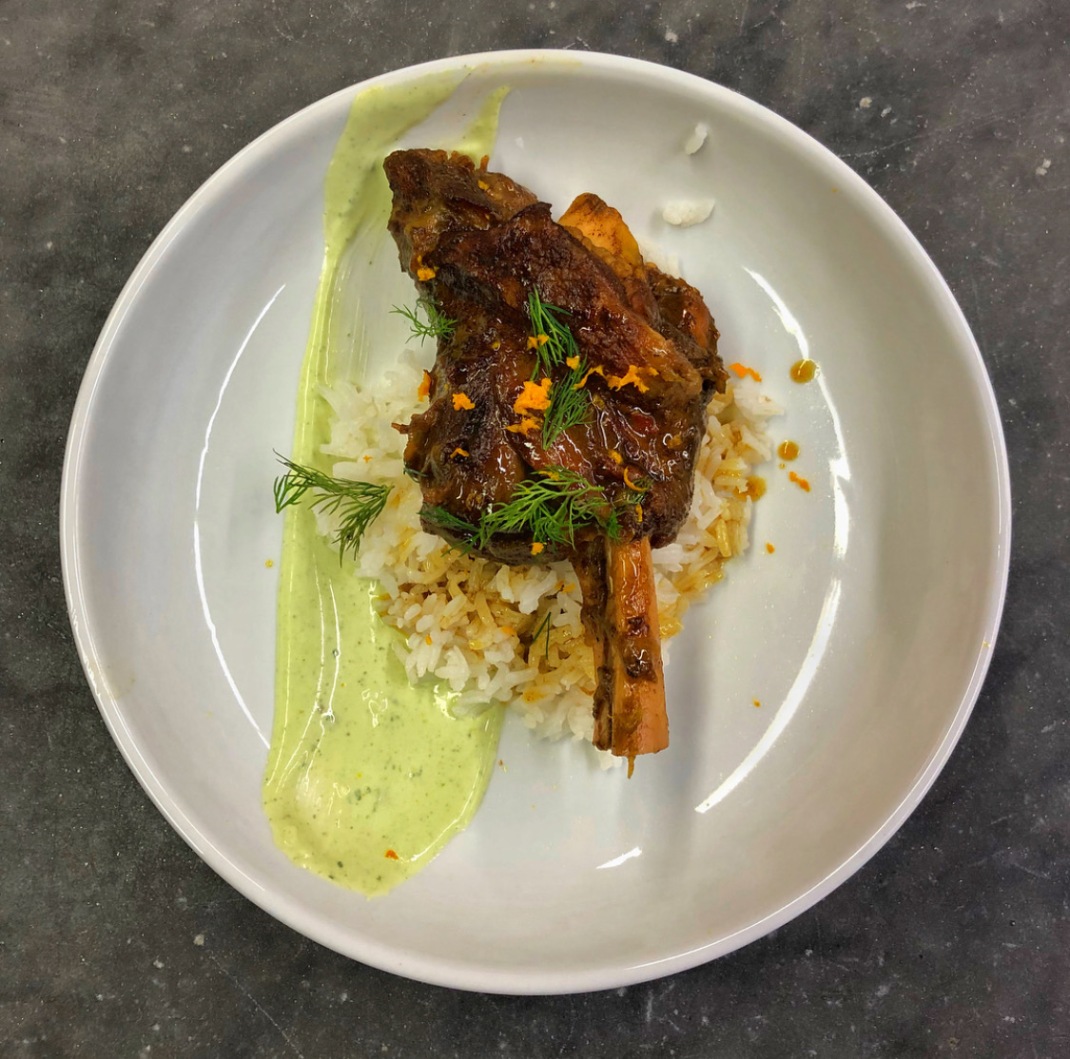 (*The following was heard during a collaboration dinner between Cynthia Glanzberg of OneTea and Mary Cleaver’s The Green Table (now known as Cleaver Counter). Photo Credits: Cynthia Glanzberg).

“Oh I do a lot of things,” she said with a laugh, taking a sip the tea-infused cocktail in her hand.  “I like telling people, when asked what I do, that I’m an Expediter”.  I conjured up images of a fierce kitchen warrior, hair tied into a tight bun, sleeved in immaculate chef’s whites, barking at a brigade of line cooks poaching eggs and searing meat in unison.  Or perhaps one of a head nurse, hair still tied in a tight bun, dressed in austere nurse’s whites, bringing calm confidence to patients and doctors alike.  She was indeed dressed in white, though more elegant than grim, wavy hair falling over wide, bell sleeves as she took another sip.  She had an easygoing nature judging by her laugh but it wasn’t hard to imagine a certain firmness emanating from her if the situation called for it.

“Let me tell you a story.  Some time ago, I had applied for a credit card at a bank but was denied because I didn’t have a regular office ‘job’.  They said that as a homemaker, I didn’t quite meet their salary requirements”.  She paused as the waitress reached between us to clear the bowls and glasses to make room for a plate of Persian-style braised lamb shank atop a bed of white rice and mint-yogurt sauce, the faint whiff of cardamom floating past us.  “Well, that wasn’t going to work now was it?” she continued with a smirk.  “So I went home, and listed out all the jobs I do on a daily basis and went back the next day.” “Therapist, Mother, Caretaker, Cleaner, Cook, Dishwasher…Sexual Partner.  Expediter.  I do all these things.  How much value would you say these carry?  Isn’t that worth something?” she recounted asking the banker.  “And that…is how I got my credit card approved!” she said with a hearty laugh nudging the lady to her right “Evelyn here got hers that way too!”. 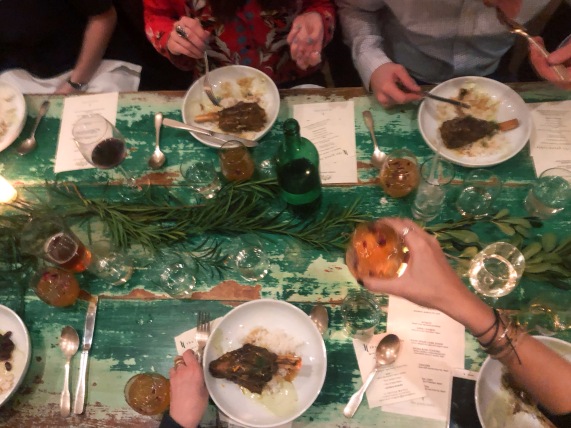 “You know, Men should really pay their Wives [if they’re Homemakers] for their daily work.  It’s not an easy job taking care of the house!  And we’re not quite there yet.  But I think we’ll get there soon”.  Had we not downed our cocktails only moments earlier, we probably would have toasted to that.