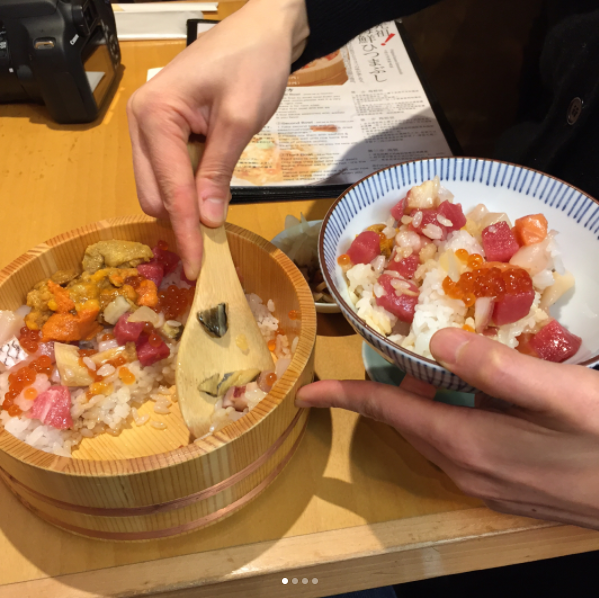 In a conversation with a friend the other day, I remarked how I felt oddly “at home” during my short visit to Japan in all its glorious neuroticism; a nation of rules, propriety, and arbitrary rituals.  Completely unlike the “Bahala na” vibe of rural Antique, Philippines or the frenetic obsession with the new of New York City, Japan felt like a thick tome of step-by-step instructions accumulated over centuries of what one can and cannot do.  One must not eat in public.  One must not refer to someone of a higher status solely by their name.  One must not sit on a tatami mat in a tea house with their shoes on.  There were signs on how to properly eat your onigiri, signs on how to sit in the subway, signs on how to flush the hostel toilet (hold down for five seconds, then pull up, otherwise not enough water will flow), and signs on how to properly make a bed (put one sheet over the mattress, then another over that, then sleep in between the sheets).  I adored the liberating restrictions.  There was no guesswork as to how to act and where some saw an overly stuffy way to live, I saw order in an otherwise chaotic world.  The steps one had to take in order to get a glimpse of the Tsukiji Market auction were no less onerous.

Numerous blogs detailed how to watch the scene of “Jiro Dreams of Sushi” fame – serious men yelling quotes and throwing up hand signals to cop the choicest cuts of ruby red meat – from which sites to check for the auction’s schedule, which manga cafés or 24-hour restaurants to hang around should you want to pull an all-nighter, and what to bring for the unnecessarily long wait for the auction to start.  In my case, I found myself on the second floor of a Jonathan’s restaurant, a family-run joint serving overpriced omu-rice and unlimited refills of seaweed soup, at the corner of the market after a night out with the co-workers and a one hour hike through the deserted streets of Tokyo. 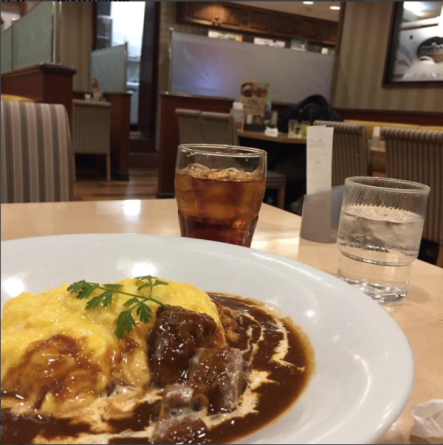 Accompanying me were other tourists, dozing off with luggage bags and bulky DSLRs waiting for the gates to the auction floor to open.  I languidly scooped spoon after spoon of rich, creamy omelette, watching the time and re-reading what one had to do to enter the market.  Apparently, after one too many camera flashes distracted a bidder from copping the prize tuna, Tsukiji Market came down hard on tourists, only limiting access to the hallowed grounds to 120 a day, many of who would queue as early as 2 AM during peak season.  I paid for the bill around 3:30 and made my way to the Fish Information Center with an hour and half to spare before spots were going to be given out for the 5:25 AM shift.

The labyrinthine market was beginning to wake up and the early morning crews walked quietly around, shifting crates and opening shutters.  Despite having the diagram to the Center in front of me, I got lost.  Numerous requests for help were met with uncharacteristic brusqueness (and in most cases…a solid cold shoulder) and no amount of Nihongo could charm my gaijin self into specific directions to the Center.  This was my first indication of just how unwelcome a presence we were to these parts and I could only guess how efficient but cutthroat competition must have been severely interrupted by the crowd of sleep-deprived and disheveled foreigners jostling for a view.  It would be weird after all if all you were trying to do was get to work at the ass crack of dawn while some strange foreigner shoved their camera in your face.

A sinking feeling of dread began to descend as I finally found the main road to the compound and I passed one foreigner after another in various states of disappointment and exhaustion but at this point, I had come too far.  I reached the ticket window just as a gaggle of backpackers in the traditional but surely inappropriate shorts-sandals-beater combo shuffled around the sidewalk, unsure what to do at this hour.  I asked for a vest that would let me become one of the anointed standing a mere twenty feet away already knowing what the answer would be. “Sorry sir,” the kind guard smiled in warm English practiced over what must have been hundreds of rejections before me, “all the spots were taken at 2:30.  You can try again tomorrow but you’ll have to be here at 1:30!”.  I had failed.  I had unknowingly failed even as I had sat moments ago savoring the sweet curry sauce drenching my rice in between sips of tepid soup.

I had napped in the afternoon the day before in preparation for the all-nighter.  My co-workers went out of their way to stay up past midnight with me as I kept my night watch.  I had drank enough coffee to counteract the requisite post-work Highballs.  I had walked across the city not having the cash to stay at a hotel near the market or the stomach to risk falling asleep through the morning at a manga café.  I fought off the food coma from the still lingering taste of the melt-in-your-mouth short ribs at Jonathan’s.  I criss-crossed the market in hurried steps multiple times in search for the Center.  All this I did on what was supposed to be a relaxing vacation day.  And I still failed.  Shippai shimashita.

There’s a kind of finality that comes with that phrase.  There’s no implication that there is a future opportunity or the softness that comes with a not-quite-there phrase like “you were so close!”…you’ve failed, period.  Saying so skips the other levels of “choking”, of failing at the last mile; no matter how much effort I put or how near I got…I failed.  And as I climbed into the cab for the lonely ride all the way back to Asakusa, I knew I was never going to see the auction before the market relocated.

The driver and I got to chatting on the slowly waking roads back, him in deliberately slow Nihongo, me in the broken five-year old variant.  “I wa Japanese no seafood ga really like desu“, my mind juggling topic markers and Nihongo words to English thoughts.  “I wa Maguro (tuna) like desu but…I wa Kohada (Gizzard Shad) and Ebi (Shrimp) and Anago (Saltwater Eel), etc. want to eat”.  I mentioned that I suppose missing the auction and not getting the chance to eat the first cut of uber rare tuna didn’t hold as much appeal to me seeing as I wanted to try the more overlooked bites local to the area.  Combining gestures, simplified Nihongo, the occasional English, and plenty of laughs, he spoke – purely guesswork on my part – of eating tuna as a younger man (hand at chest, followed by hands patting down) and finding it too big (hands held apart) and too rich (balled fist).  We spoke of our love for seafood as best we could, words understood punctuated by exclamations of delight and those that weren’t by frustrated hisses through teeth and more hand gesturing.  We both agreed I failed.  Or did I?

In a way I like to think I didn’t.  Looking back, it became clear to me what an intrusion I could have been in a time-honored tradition; a violation to the set rituals of a beloved industry practice.  The multiple barriers, averted glances, and waves of indifference should have given it away really but I was blind to them, driven by my own desire to “claim the moment”, to document the bucketlist item for some social media capital and a handful of hashtags (yes I’m aware that writing this very piece is quite ironic).  With the venerated auction soon moving locations and never quite being the same since Jiro-san spoke of its presence to the world, I sincerely do hope it continues on for generations to come and not fall into the banal, another tradition felled by tourist horde.  I hope those luckier than I respectfully enjoy it in all its restrictive, neurotic, and oftentimes burdensome glory.

Most folks will tell you you MUST eat Maguro (Tuna) when visiting Tsukiji Market and if you’re a true foodie, you HAVE to line up for the supposedly “best” sushi spots.  While I agree that the tuna is indeed top notch and the best sushi spots are named that way for a good reason (evidenced by their long lines), I prioritized dishes that I may not have access to easily in the States or even other parts of Tokyo.  After all, many restaurants do source from Tsukiji and the difference between tuna from a stall and one tasted mere hours later is marginal.  Your “travel minutes” are extremely valuable and if spending a large amount of it in line is your gig, go for it!  If not, check out Tsukiji Itadori Uogashisenryou.

Entrance to the Restaurant

While they do serve Chirashizushi (the more typical “scattered sushi” over rice), the Hitsumabushiis what you want.  A mix of tuna, mackerel, sea urchin, and roe over rice with toppings on the side, it’s ingenious in that you get 3 variations in 1 dish and is quite unique in texture and experience.  The first step has you eating the first third as is with a drizzle of soy sauce mixed with wasabi.  In the second step, you mix another third well with side toppings of mushrooms, lotus roots, and gourd shavings until the uni turns the rice orange.  In the final step, you pour house dashi over it, watching the fish slowly cook, and enjoy it as you would an Ochazuke (minus the tea and you can get unlimited dashi refills…the ultimate Pinoy joy!).  For a true Errant Diner, you get to savor each component in a variety of ways and styles and is an oft-overlooked experience.  Don’t sleep on it!

How to Eat Hitsumabushi