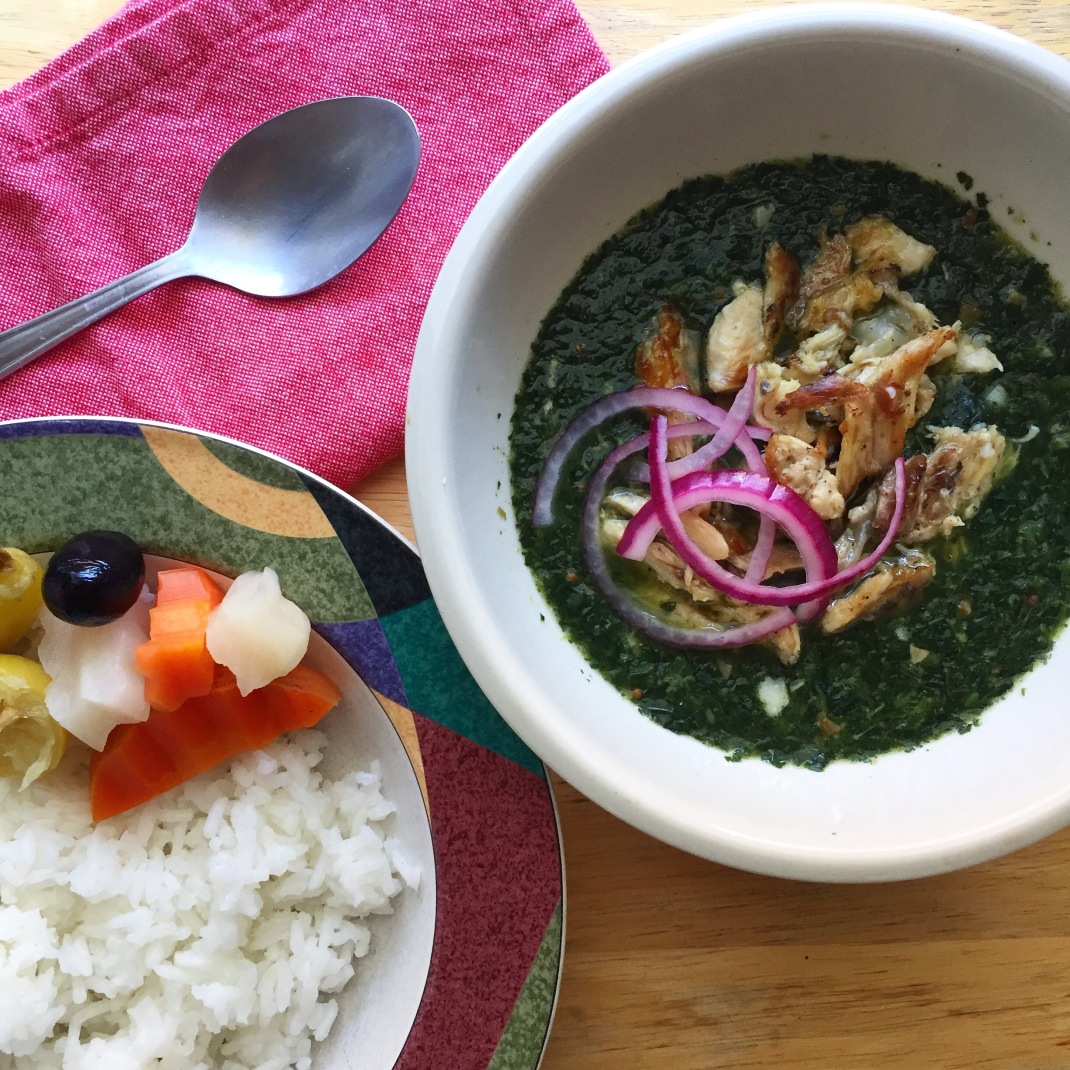 (*Thanks to Amir El-Abbady and Doha Salem for the inspiration behind this week’s meal).

My passport used to elicit the same effect on TSA agents that a benign cookie tin would to an immigrant child expecting something to munch on between meals.  As routine motion gave way to shock and confusion when confronted with a tin full of sewing supplies, agents opening my Filipino passport with slight boredom quickly raised their eyebrows when they saw all the Arabic writing in there due to my being raised in Saudi Arabia.  And despite my obviously Asian features (never mind whether I looked more Filipino or Chinese), I somehow was always selected for “random screening”.  These days I just flash my New York City ID to avoid any delays, but the questions and awkward confusion still ensue. 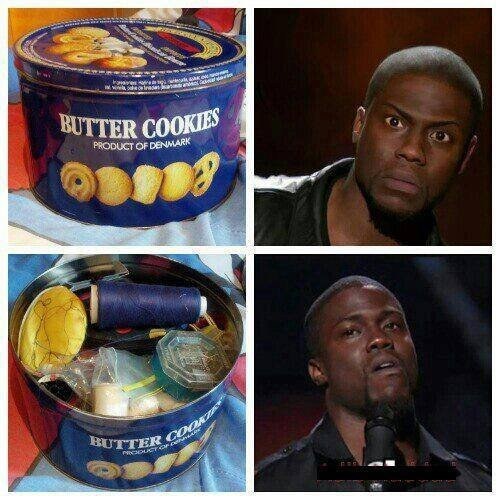 “Oh you grew up in Saudi Arabia?  Was it dangerous?” – No the biggest threat I faced was of utterly debilitating boredom.

“Wow!  You must speak Arabic really well!” – Actually seeing as there was a large, diverse population of Filipinos, Indians, and other Westerners who outnumbered the local population, I barely understand Arabic.

“Was it like…very oppressive coz you couldn’t like…drink like…alcohol and stuff?” – No homegirl but listening to you is oppressive enough an experience (not to mention having fewer vices also meant fewer distractions).

“Aren’t you glad you’re in America now?  You have so much freedom unlike the Middle East!” – Actually, between your visa restrictions, astronomical rent, and myriad of societal conundrums (what do you mean I’m supposed to drink after work and be hollerin’ at the ladies on weekends?), I actually don’t feel any freer.  Oh and by the way, the Middle East is comprised of many, very different countries and cities from the historic Upper Egypt city of Luxor to the Vegasian, hedonic Dubai.
*Bonus: Check out the Instagram of Al-Rashid Mall, arguably THE original stomping ground back when I was growing up or the pictures taken there today (other bigger malls have cropped up).

“BUT HOW ABOUT ALL THE PEOPLE THEY’RE BEHEADING!?” Bruh have you been to Dhahran?  Or downtown Al-Khobar?  Or the Seef Mall in Bahrain for that matter?  Only thing people are taking off regularly are the tops of Fayrouz cans.  Also, Google “Use of Force, United States”. 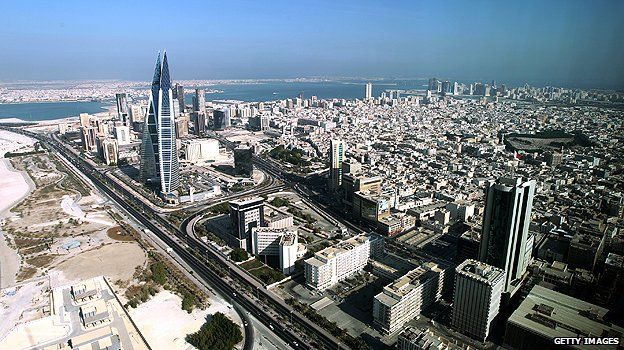 Or worse…during the more sophomoric years of High School: “Damn Paolo!  You came from Saudi!?  Do you know Al-Qaeda?!” followed by an ululation and a horribly accented: “Aaala HOO Akbar, I keel you aKmed, salamALaykum BOOM!”.  Welcome to these United States.

The latest one in the parade of hilarity:  “Oh you’re observing Ramadan?  Are you Muslim?  Aren’t you Filipino and not Arab?” – No I’m not Muslim.  And no not all Arabs are Muslim and not all Muslims are Arab.  For those who follow us on the Hidden Apron Radio podcast (you should), the latest episode covers Ramadan and the practice of fasting shared by millions of people around the world.  It’s largely been overlooked by the media in favor of who blew up who lately I can’t really blame the organizer of the latest catered event I attended where he admitted to not knowing what Ramadan or Eid was (seriously…listen to the podcast) but promised Arabic food.  Imagine my horror when he went on to serve Potato Samosas, Pav Bhaji, Murg Malai Kebab, and Kaju Katli, all delicious INDIAN food (the last one in particular usually served during Diwali, a completely different religious festival) paired with a selection of beer (forbidden in Islam).

My point?  I think it’s safe to say that although many here are absolutely sure of the lethality and otherness of Muslims and Arabs (again not to be mistaken as synonymous), such certainty is rooted in ignorance and misunderstanding.  Such misunderstanding ranges from the fundamental basics of the religion to the more subtle differences in cuisine.  Look, I’m not naïve enough to deny the fact that there are dangerous places in the Middle East but I will say we still have much to learn about the place, its culture, and the people.  Just a look at the food – the only thing I’m remotely qualified to talk about – for example shows stark regional differences and a Masreya (Egyptian person) exclaiming: “Yes but did you try the EGYPTIAN version?!” is as common an occurrence as a Halal Cart in downtown New York.

It was actually in a kitschy Egyptian restaurant in Astoria when I heard these words.  On the menu was Molokhia, a traditional stew dating back to the time of the Pharaos – the name means “kingly” or “related to kings” – made with the mucilaginous molokhia plant.  The plant itself looks like mint, tastes like spinach, and goes by other names such as Jew’s mallow and is cooked all over the Middle East and East/North Africa.  I grew up not really liking it, finding the mixture far too thick and bland for my liking and confusing its leaves for the coarser and more peppery Moringa.  Of course when you mention that you don’t like a particular dish to Arabs, they are wont to follow up with: “But did you try the [insert Arabic country-of-origin] version?!”  And if you insist further, the next question invariably is: “But did you try my MOM’s version?”.

And so I found myself ordering a bowl of Molokhia many years after my decision to dislike it.  Let’s just say I found it so damn good I trudged through the rain yesterday to find frozen Molokhia, simmered fresh chicken stock for hours last night, and spent Sunday morning preparing this Egyptian staple (to the non-Egyptian Arabs out there, I apologize.  Let’s talk it out over some qahwa shall we?).

I misunderstood Molokhia.  I thought it too dark, too thick, too bitter.  I also expected Arabic food to be fattier, full of grilled meats, tomato sauce, a side of hypertension, a dash of cholesterol, and some of the hardest food comas you’ll ever encounter.  But the Molokhia I sipped on for lunch today was light, smooth – other recipes describe it as “slimy” but the word has far too many negative connotations for my liking – vegetal, and bright owing to the side of pickled onions and dash of lemon.  Spooned over fresh rice, I can attest to my Filipino brethren finding this quite agreeable in our tropical homeland.

I myself don’t fully understand the land I grew up in yet.  I can’t tell the difference between the accent of a Jordanian and a Palestinian.  I don’t know how the life of a Coptic Christian living in Alexandria differs from that of an Arab Jew in Haifa.  It still confounds me as to why the Egyptians insist that rice pudding be called Roz bin Laban and not Muhalabeya. I think we all need to spend a little more time understanding before we open passports and immediately see bombs in the place of beautiful calligraphy.  Maybe we just need to sit down, make a bowl of Molokhia, and ask the interwebs who they believe cooked it first.  That would be far more interesting (and delicious!) debate worth fighting over.

Recipe adapted from the Egyptian Kitchen by A. Bissada.

1 There is a dried and even rarer, fresh, variety but at Ms. Bissada’s suggestion, I went with frozen.  Tastes just as great!
2 Add if you’d like to make your own stock or serve chicken with it.  I used a combo pack of thighs, wings, and drumsticks though feel free to butcher a whole chicken if you’d like.
3 Recipe calls for fine grind but I prefer mine chunky as I actually like the mouthfeel and didn’t want too strong a flavor.

As Ms. Bissada mentioned, the secret behind this recipe is the taqliyah, a seasoning mix made by pan frying minced garlic and coriander in a similar manner to preparing a Filipino panakot or Indian tadka.  Make sure you get Step #2 right.

METHOD:
1) Make chicken stock in advance.  There are tons of recipes online for perfecting this but I essentially simmered my chicken with bay leaves, cinnamon, and salt for four hours.  You can get away with a shorter period of time and use other aromatics (I’d try lemongrass next time) but just make sure you simmer and not boil so it doesn’t turn cloudy and the flavors stay clean!  Skim off excess fat.

1a) Optionally, slice up a red onion and soak in a bit of lemon juice or vinegar for a small side dish to brighten things up.  I personally found the quick pickle too weak so would have either preferred straight up raw onions or a stronger pickle with Filipino spiced vinegar.  Or just crack open a jar of the cocaine-like Arabic pickles.  Stuff is addictive.

2) Prepare the taqliyah by melting a bit of butter and then lightly frying the coriander and half the garlic.  I made sure I put the coriander first to give it time to bloom before adding the garlic and lowering the heat so it doesn’t burn too quickly.  Set aside.

2a) Simultaneously start cooking your rice to your liking (we can write tomes on proper rice technique here but that’s for another day).  Suffice it to say I used about a cup of Jasmine, double-washed, submerged in 1-knucklesworth of cold water, and cooked using the Jeanette Española three-stage process (ask me some other time).

3) Take 3 cups of stock (I like my Molokhia a little thinner), heat in a large pot and add the frozen Molokhia along with the rest of the garlic (perhaps experiment by lightly frying this prior to adding the stock and leaves?).  Heat to just about boiling point before adding the taqliyah back in.  Adjust stock consistency and salt to your liking.  If using store-bought stock, dilute it with water…the sodium in there is enough to go all Sodom & Gomorrah on your arteries.

3a) Meanwhile, grab a few pieces of your chicken, pull the flesh and excess fat off the bones, and pat dry.  Quickly fry in butter.